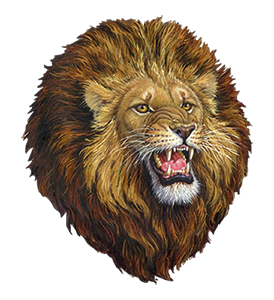 May you discover the magnificence of the Word of God and its profound clarity in navigating through the resources on this website.

"And those who come of you shall build the old ruins; you shall raise up the foundations of many generations; and you shall be called, The repairer of the breach, The restorer of paths to dwell in. " (Modern King James Version)

Judah Ministries are an Apostolic, Prophetic Ministry situated along the Garden Route in Mossel Bay, South Africa. At Judah we are passionate to see how God's people could realize their full potential through the Grace of God

29 For whom He foreknew, He also predestinated to be conformed to the image of His Son, for Him to be the First-born among many brothers.
(Modern King James Version)

"Your kingdom come, Your will be done, on earth as it is in Heaven."
(Matthew 6:10)
(Modern King James Version)

Pastor Pierre Toerien is the founder of Judah Ministries, Mossel Bay and is also a member of the Judah Kingdom Alliance (JKA). He has been in full time ministry for twenty-five years. Pierre served as a pastor in the Apostolic Faith Mission (AFM) for eighteen years. He resigned from the denomination to embrace the Apostolic Movement in 1999.

As a keen follower of the Apostolic Reformation message, Pierre has made it his commitment to attend every apostolic school of ministry hosted by Thamo Naidoo, and he hopes to do so as long as it will be possible for him. During the Apostolic School of 2005, he felt the urge to write a poem about the school, especially about the teachings as he received and perceived them. He endeavoured to summarize the teachings as accurately as possible yet in a humoristic, light hearted way. By the grace of God this has been done in/after every school since, as well as of Dr Ben Kleynhans?s Apostolic Summit hosted in Pretoria in April 2006 and the Global Apostolic Summit hosted by the JKA in Durban during July 2009. The name of each poem states that it is about the Apostolic School Of Ministry, abbreviated ASOM, as well as the month and year during which the school was hosted and the poem written.